This year the lecture was delivered by Professor David Fishwick, Chief Medical Officer and Co-Director of the Centre for Workplace Health. His talk was entitled The lungs at work: from cotton mills to composites? One of the key messages is that diseases such as byssinosis and silicosis are not historic issues.

In 1890 there were more cotton mills in Manchester than in the rest of the world. But that is no longer the case – the industry has been transferred overseas, particularly to developing economies. So byssinosis, which is caused by exposure to cotton dust, is no longer a problem in the UK. However, it’s a different matter in those countries where cotton is now produced. 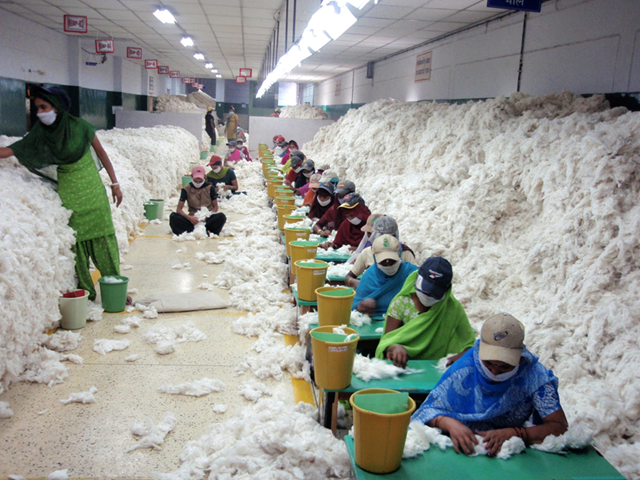 Studies carried out in recent years have shown high incidences of byssinosis in some mills in developing countries. One study in Karachi, Pakistan in 2008 found that among 362 textile workers 35.6% had byssinosis. (Prevalence of Byssinosis in Spinning and Textile Workers of Karachi, Pakistan, Archives of Environmental & Occupational Health, Vol. 63, No. 3, 2008 )

Professor Fishwick also focused on Silicosis, the oldest known occupational lung disease which remains a significant problem across the globe, including the UK. This debilitating disease is caused by exposure to respirable crystalline silica (particles smaller than 10 microns) which can occur in many industries, including mining, quarrying, brick and tile manufacture, stone masonry, glass manufacture, tunnelling, foundries, ceramic manufacturing and construction activities.

The risk is clearly associated with the level of exposure and it only takes a regular exposure to very low concentrations to cause the disease. The US Occupational Safety and Health Administration (OSHA) estimates that 30% of workers with 45 years of exposure to 0.1 mg/m3 respirable crystalline silica dust will develop silicosis (see page 16394 of the “Final Rule”). Yet 0.1mg/m3 (respirable dust) is the current Workplace Exposure Limit for crystalline silica in the UK.

Clearly the current WEL is not a “safe level” and there is a very strong case for reducing it. In the US OSHA has recently announced a reduction in their Permitted Exposure Limit for silica down to 0.05 mg/m3. No change is proposed in the UK. The HSE’s view is that there are difficulties accurately measuring exposures lower than 0.1mg/m3, so it would be difficult to demonstrate compliance, and that, in any case, employers have a duty to not only meet the exposure limit but the apply “principles of good control practice” set out in Schedule 2A of the Control of Substances Hazardous to Health Regulations. Not everyone agrees with them, however.

As well as causing silicosis, respirable crystalline silica is a carcinogen. It’s estimated that in the UK it causes around 600 deaths per year from lung cancer shows  with 450 of these occurring from exposures in the construction sector.

Occupational cancer deaths by cause in Great Britain, 2005 (HSE)

Personally, I’d like to see the WEL reduced and research done to develop better sampling methods which will allow low levels of exposure to be evaluated. I do sympathise, though, with their emphasis on control. Reducing exposure by introducing improved controls is the key to preventing workers from developing industrial disease. Measurement can help us to understand exposure and identify where improved controls are needed. But sometimes the problem is obvious and in those cases it’s better to spend time, effort and money sorting it out, particularly when there are well established solutions available.

I'm a consultant and trainer specialising in the recognition, evaluation and control of health hazards in the workplace. I'm based in the North West of England, but am willing to travel (almost) anywhere View more posts